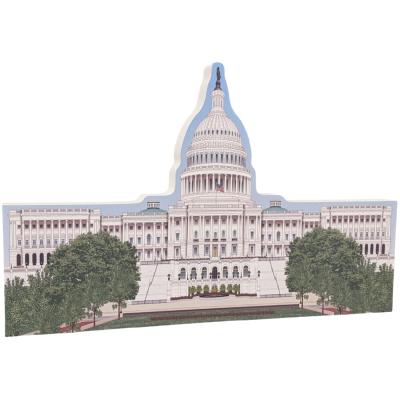 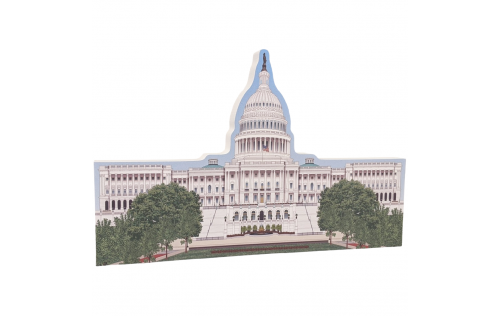 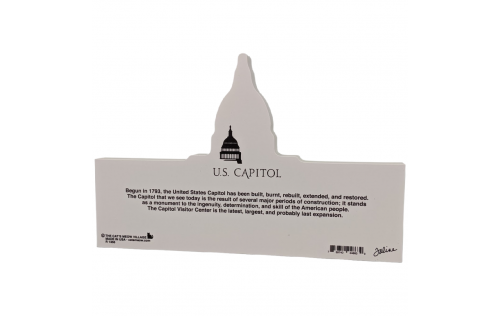 The Capitol also houses an important collection of American art, and it is an architectural achievement in its own right. It is a working office building as well as a tourist attraction visited by millions every year.

Construction of the U.S. Capitol began in 1793. In November 1800, the U.S. Congress met in the first completed portion, the north wing. In the 1850s, major extensions to the North and South ends of the Capitol were authorized because of the great westward expansion of our nation and the resultant growth of Congress. Since that time, the U.S. Capitol and its stately dome have become international symbols of our representative democracy.

This ¾" thick wooden replica is handcrafted in Wooster, Ohio to reflect its historical features. It can set neatly on a shelf, wainscoting, or window/door trim to remind you of this special place you've visited or dream of visiting someday.  A short description is written on the back.