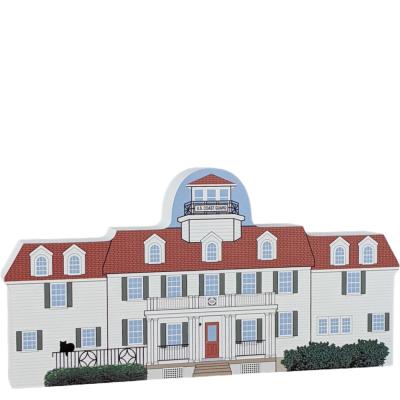 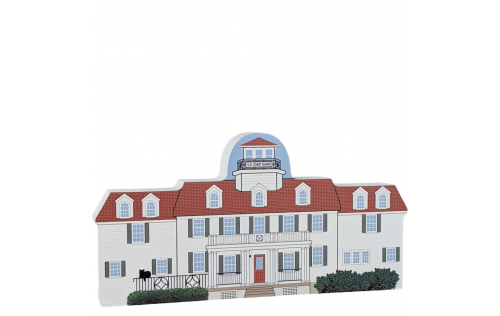 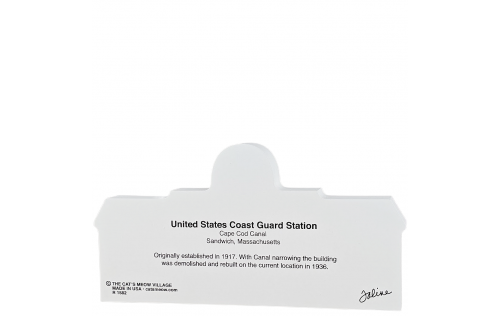 Following the demolition of the original facility, a new station house was constructed at a site nearby with the widening of the Cape Cod Canal in 1936. The new facility provided space for the central administrative and social support functions of the station.

The United States Coast Guard's mission is to minimize the loss of life, personal injury, property damage, and environmental impact associated with the use of recreational boats, through preventive means, in order to maximize safe use and enjoyment of U.S. Waterways by the public.

This keepsake is hand-crafted from ¾” thick wood with a detailed front design and a short description on the back. You can set it neatly on a shelf, desk, or narrow ledge such as window, door trim, or wainscoting. Group it with other Cat’s Meows to create your own memory of the special places you have visited.  Look for Casper, our black cat mascot, purrfectly content to catnap on the railing in front of the station.  He is the sign of an authentic Cat's Meow!