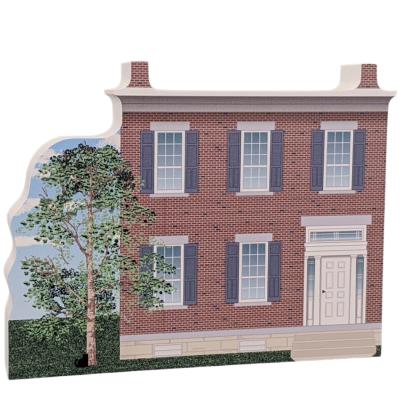 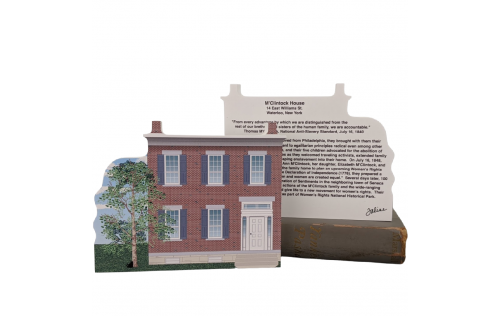 Thomas and Mary Ann and their five children moved into this house in 1836. The M'Clintock family ran a local business and was involved in almost every reform activity in Western New York.  They supported Anti-slavery, Temperance, and raised money to benefit the Irish famine, the Hungarian Revolution, and the local poor. The M'Clintocks offered their house to fugitive slaves as a station on the Underground Railroad.

On July 16, 1848, Mary Ann M'Clintock hosted a planning session for the First Women's Rights Convention. At this session, she, Elizabeth Cady Stanton, and several others drafted a document they called the Declaration of Sentiments. It was ratified on the second day of the First Woman's Rights Convention and signed by 100 men and women in the neighboring town of Seneca Falls. Modeled on Thomas Jefferson's Declaration of Independence, this document proclaimed that "all men and women are created equal."

The convictions and actions of the M'Clintock family and the wide-ranging network they fostered, helped give life to a new movement for women's rights.  Their home is now preserved as part of Women's Rights National Historic Park.

This keepsake is hand-crafted from ¾” thick wood with a detailed front design and a description on the back. You can set it neatly on a shelf, desk or narrow ledge such as window, door trim, or wainscoting. Group it with other Cat’s Meows to create your own memory of the special places you have visited or want to visit.