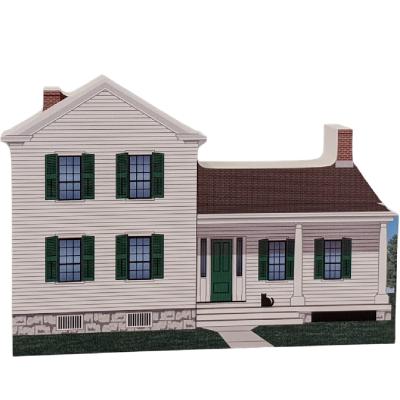 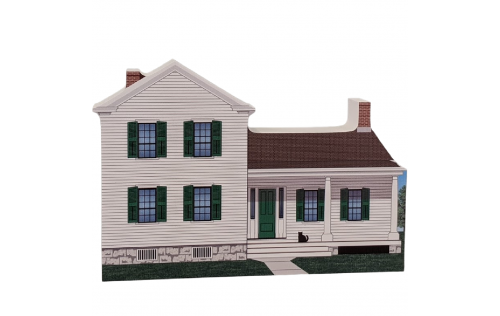 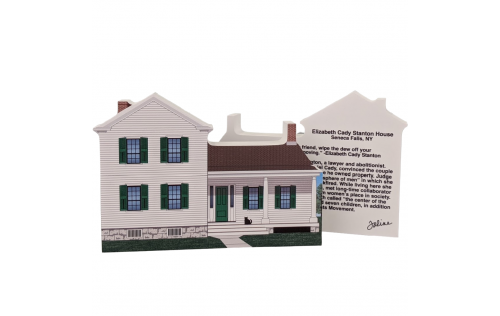 In 1840, Elizabeth Cady married Henry Stanton, a lawyer, and abolitionist.  Seven years later Elizabeth's father, Judge Daniel Cady, convinced the couple to relocate from Boston to central New York where he owned property.  Judge Cady intended to distance his daughter from "the sphere of men" in which she was more than willing to participate.  His plan backfired.

While living in Seneca Falls, Elizabeth helped plan the first Woman's Rights Convention, met long-time collaborator Susan B. Anthony and worked tirelessly to reform women's place in society. The Stantons lived in this home, raising seven children, which Elizabeth called "the center of the rebellion," until 1862.

"Come, come, my conservative friend, wipe the dew off your spectacles, and see that the world is moving."-Elizabeth Cady Stanton

Look for Casper, our black cat mascot, who appears to feel furrtunate to share this historic keepsake with you. Handcrafted by our small workshop crew in Wooster, Ohio, this replica is made from 3/4" thick wood with colorful details on the front and a description on the back.