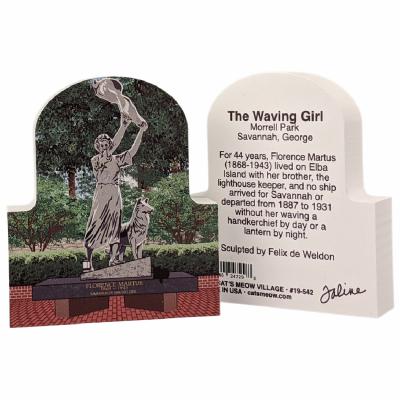 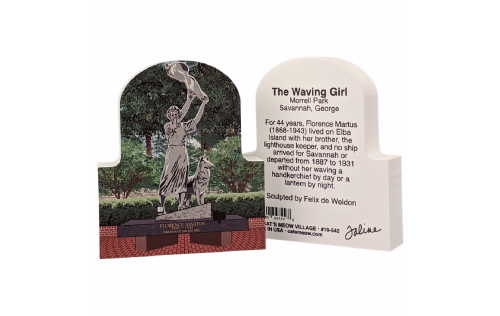 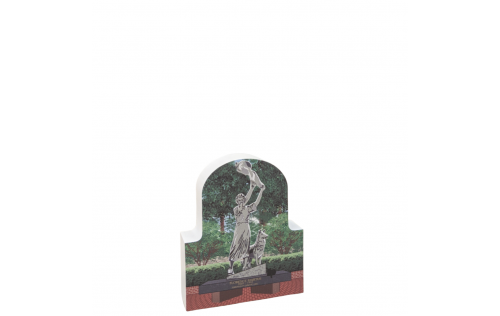 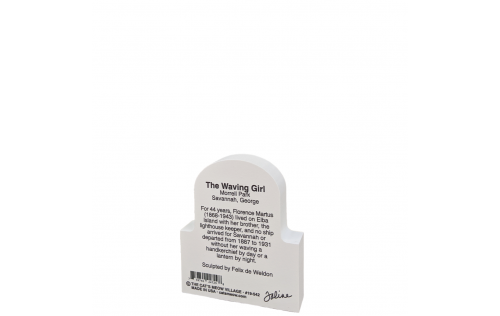 As you walk along River Street and you find yourself waving as the ships pass, you are carrying on a tradition from one of the many legendary inhabitants of Savannah.

Life at a remote cottage on Elba Island was lonely for Florence Martus whose closest companion was her devoted collie.

At an early age, she welcomed each ship with a wave of her handkerchief. Sailors began returning her greeting by waving back or with a blast of the ship's horn. Florence started greeting the ships arriving in the dark by waving a lantern.

There is a lot of unsubstantiated speculation about Florence having fallen in love with a sailor who never returned to Savannah. The facts, however, about why she started and continued the waving tradition for so many years remain a mystery.

Florence Martus continued her waving tradition for 44 years. It is estimated that she welcomed more than 50,000 ships during her lifetime

The statue that sits in Savannah Harbor today was created by renowned sculptor Felix De Weldon, the sculptor of the United States Marine Corps Memorial in Arlington, Virginia (also known as the Iwo Jima Memorial).

If you should take a river boat cruise, or take a walk in Morrell Park, her statue can be found at the eastern end of River Street, overlooking the Savannah River from the bluff.

Casper, our black cat mascot, is sitting at the base of the statue, purrhaps to meow a greeting to the passing ships.  He's the sign of an authentic Cat's Meow.

Handcrafted by our small workshop crew in Wooster, Ohio, this scene is from 3/4" thick wood with colorful details on the front and a little description on the back.