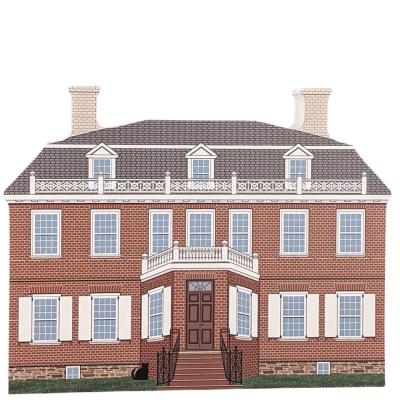 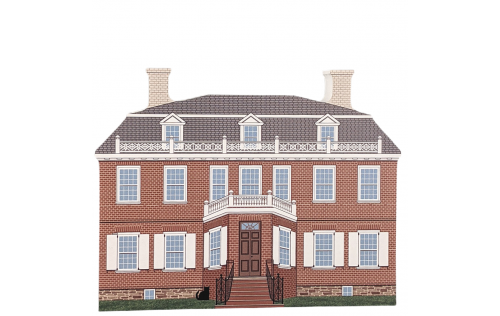 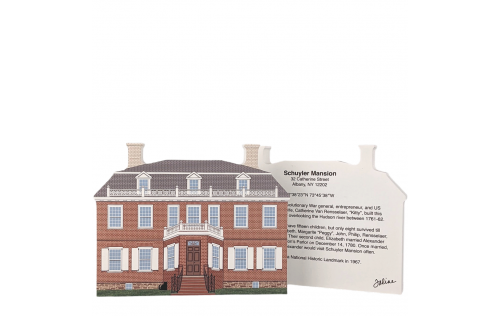 Philip J. Schuyler, a Revolutionary War general, entrepreneur, and US Senator along with his wife, Catherine Van Rensselaer, "Kitty," built this Georgian home on a bluff overlooking the Hudson River between 1761-62.

The mansion was registered as a National Historic Landmark in 1967.

This ¾" thick wooden replica is handcrafted in the U.S. to reflect its historical features. It can set neatly on a shelf, wainscoting, or window/door trim to remind you of a special place you've visited or dream of visiting someday.  A short description is written on the back. Look for Casper, our mascot black cat, taking up residence within the design. This is the sign of an authentic Cat’s Meow!