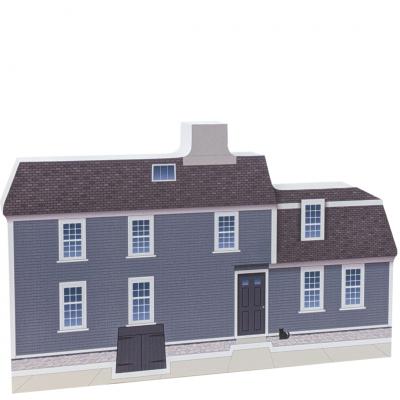 The Narbonne House is one of the five oldest buildings in Salem!

The house is named after Sarah Narbonne, whose grandfather Jonathan Andrews purchased the house in 1780. She was born in the Narbonne house, and lived there for her entire life, which stretched nearly the length of the 19th century. She died in 1895 at the age of 101.

Today, this home is an architectural study house protected by the Salem Maritime HNS. One of the things that make this building so special is its history of nearly 300 years of continued occupation, 200 years of which are members of one family.

Satisfy your historical journey with this keepsake, and while you're at it, add more pieces to make a Village! Handcrafted of 3/4" thick wood by The Cat's Meow Village in the USA.