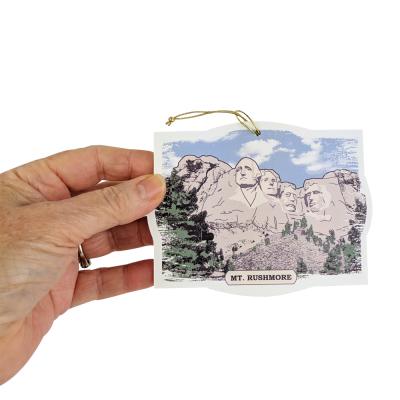 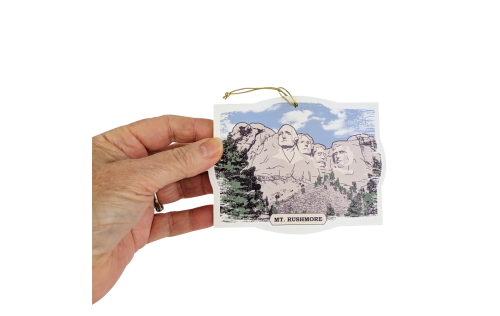 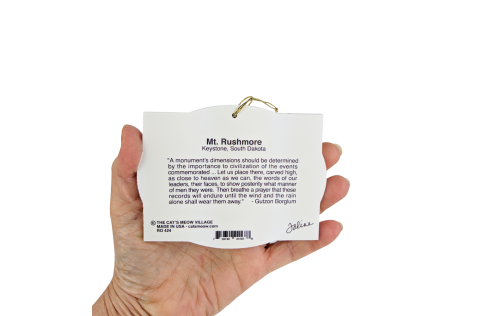 Mount Rushmore National Memorial is centered on a sculpture carved into the granite face of Mount Rushmore in the Black Hills in Keystone, South Dakota, The sculpture features the 60-foot heads of Presidents George Washington (1732–1799), Thomas Jefferson (1743–1826), Theodore Roosevelt (1858–1919), and Abraham Lincoln (1809–1865). The four presidents were chosen to represent the nation's birth, growth, development, and preservation, respectively. The memorial park covers 1,278.45 acres

South Dakota historian Doane Robinson is credited with conceiving the idea of carving the likenesses of noted figures into the mountains in order to promote tourism in the region. His initial idea was to sculpt the Needles, granite pillars, towers, and spires within Custer State Park; however, the sculptor rejected the Needles because of the poor quality of the granite and strong opposition from the Lakota (Sioux), who consider the Black Hills to be sacred ground; it was originally included in the Great Sioux Reservation.

This wooden replica is handcrafted in the U.S. to reflect its historical features. A short description is written on the back. Look for Casper, our mascot black cat, taking up residence within the design. This is the sign of an authentic Cat’s Meow!