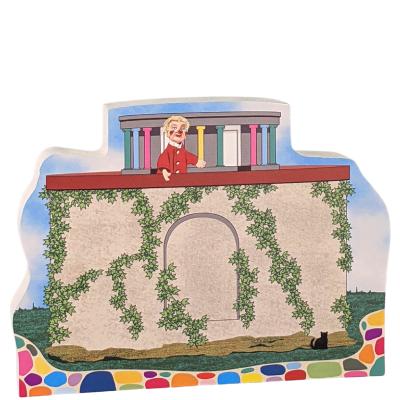 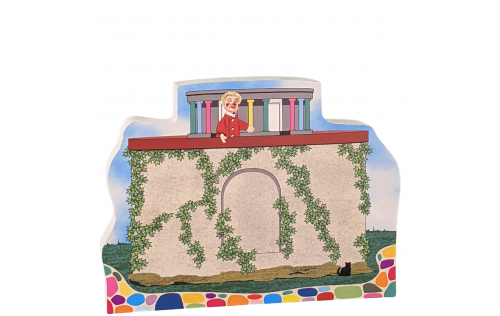 Lady Elaine lives in the Museum-Go-Round. She’s opinionated, eccentric, and often stirs up trouble, but she is also the one who stands up to King Friday XIII’s unreasonable demands. She sometimes worries that she isn’t lovable, and needs to be reassured that people like her just the way she is.

"Well, she’s the mischief-maker of the Neighborhood of Make-Believe. She keeps King Friday honest. She keeps most of them honest because she’s so honest herself."  - Fred Rogers

Did you know?  Rumor has it that Lady Elaine was named after Fred’s sister “Lainey.” “My sister was adopted when she was six months old and I was eleven years old. And her name is Elaine. We tease her because she thinks that I must have named Lady Elaine Fairchilde for her.”

We handcraft this in our Wooster, Ohio workshop just 130 miles west of Pittsburgh where Mister Rogers' Neighborhood of Make-Believe lived at WQED from 1968 through 2001.

We add our black cat mascot, Casper, to every design we create. Look closely and you'll find Casper listening to Lady Elaine yell down to him  "Okay, toots,"