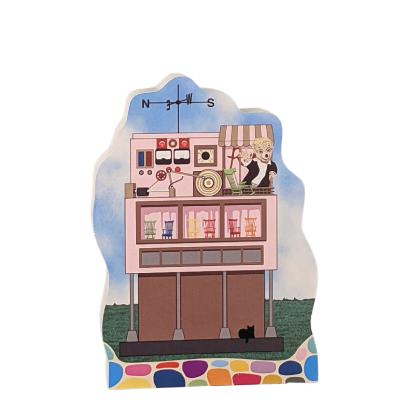 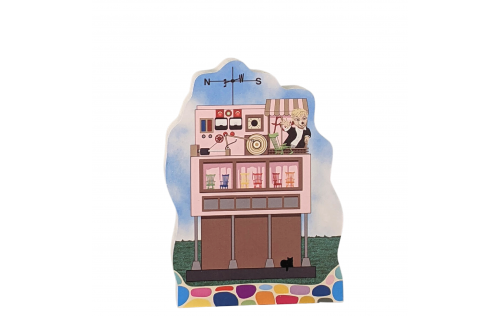 (this is so new that we won't be shipping it until Nov 23rd. We will ship your whole order complete at that time)

Cornflake S. Pecially, known as “Corney,” owns the factory where he manufactures "Rock-its (rocking chairs) – sit in it and “rock it.”  Corney makes them in all different sizes, colors and materials, including some with umbrellas for a rainy day and magical ones that can float in the air.  He also takes orders for other items like King Friday dolls and baseball bats. In his eagerness to please and produce, he sometimes becomes overwhelmed and needs help understanding his limits.

Fred Rogers named Cornflake S. Pecially after a cereal that one of his sons "eSPecially" liked.

We handcraft this in our Wooster, Ohio workshop just 130 miles west of Pittsburgh where Mister Rogers' Neighborhood of Make-Believe lived at WQED from 1968 through 2001.

We add our black cat mascot, Casper, to every design we create. Look closely and you'll find Casper lazily napping after munching on cereal.  Can you guess which one?