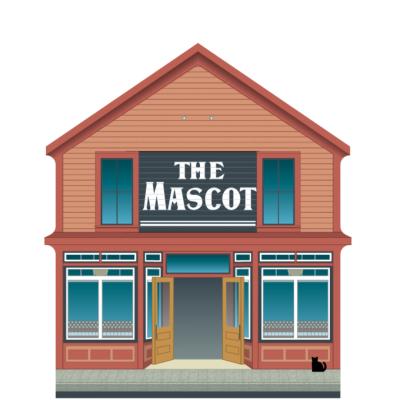 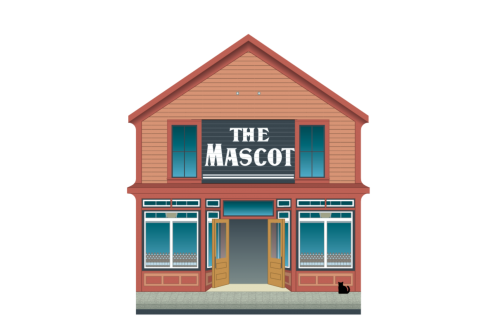 Built in March 1898 by the San Francisco based Northern Trading and Transportation Company (NT&TCO) to include first floor offices and second-floor residences. The northern office space on the first floor was occupied by "Mascotte, Chas. Rohbak, prop., Fine Liquors and Cigars, Fresh Beer on Draught, 10 cts."

A year later Skagway forced a law that required saloons to pay $1,500 license fee to remain open. “Mascotte” was one of many saloons that closed. A few months later Charles Sacke and Albert Reinert remodeled the inside and reopened the saloon until prohibition in 1916.

The Mascot Saloon was restored to its 1905-1916 appearance during 1986-1990.  During your visit, photos may be taken and you can enjoy observing (but not touching!) artifacts found in the floorboards to take in what it was like so many years ago.

The Call of the Wild, a novel authored by Jack London in 1903, is the story of Buck, a 140 pound, 4-year-old Scotch Shepherd and Saint Bernard mix. This classic adventure story and now upcoming movie of the same name starring Harrison Ford is told from the point of view of Buck.  This location was where miners stopped before heading out to the Klondike.

Who’s a furry good kitty? It's Casper, our black cat mascot keeping an eye on the local traffic.

This ¾" thick wooden replica is handcrafted in Wooster, Ohio, to reflect its historical features. It can set neatly on a shelf, wainscoting, or window/door trim to remind you of a special place you've visited or dream of visiting someday.  A short description is written on the back.