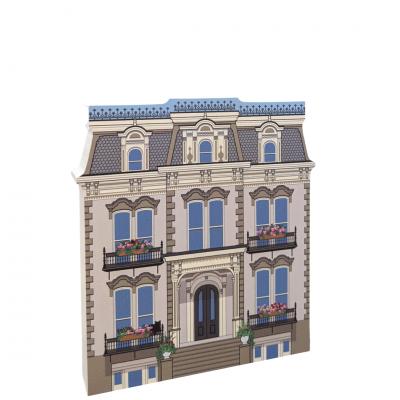 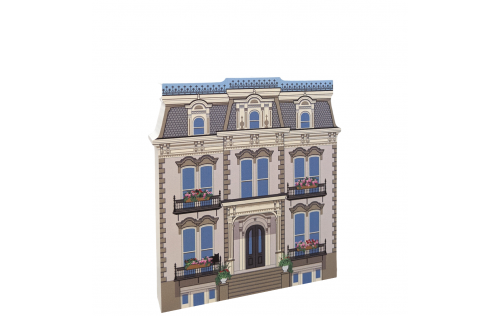 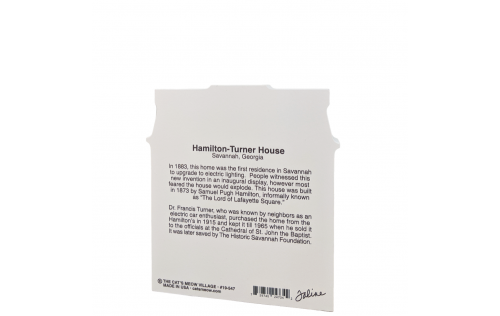 Built by Samuel Pugh Hamilton, also informally known as "The Lord of Lafayette Square," this house was the first residence in Savannah to upgrade to elecric lighting in 1883, only four years after Thomas Edison invented the light bulb.

People witnessed this new invention in an inaugural display, however most feared the house would explode.

In 1915, Dr. Francis Turner, who was known by neighbors as an electric car enthusiast, purchased the home from the Hamiltons.

The Turners were also known for hosting lavish parties. Their children were banished upstairs during the parties, where they would play with the balls on the billiard table. It is said that one night the children 'accidentally' rolled billiard balls down the stairs so they could retrieve them and catch a glimpse of what the adults were up to. But, one of the little girls got too close to the top step, and fell down the stairs to her death.  When the sky has darkened and night has descended over the City of Savannah, her ghost is rumored to still roll billiard balls throughout the house.

Mr. Turner sold the house to the officials at the Cathedral of St. John the Baptist.  It was later saved by The Historic Savannah Foundation.

Our black cat mascot, Casper, can be found purrching beside a window flower box on the front of the house and is the sign of an authentic Cat's Meow.

This detailed replica is handcrafted by our small workshop crew in Wooster, Ohio, from 3/4" thick wood with colorful details on the front and a little description on the back.