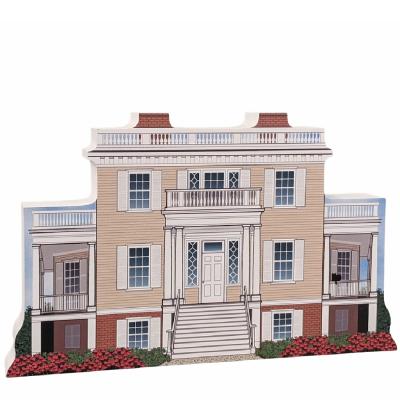 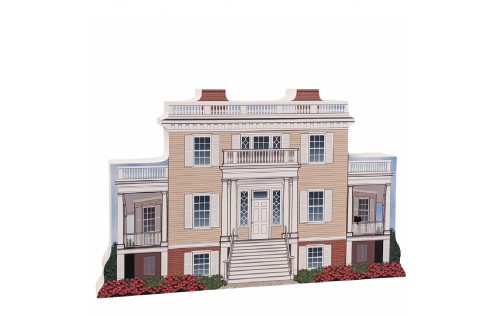 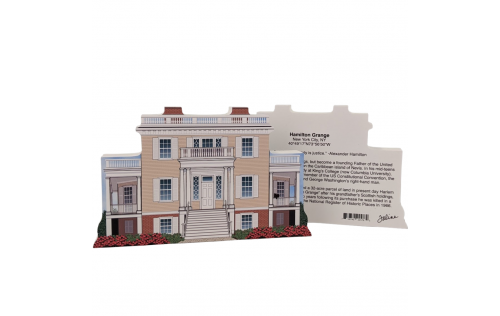 Alexander Hamilton had humble beginnings but became a founding Father of the United States.  At a young age, he was orphaned on the Caribbean island of Nevis.  In his mid-teens, his employer sent him to New York to study at King's College (now Columbia University).  He went on to become a war hero, lawyer, member of the U.S. Constitutional Convention, the first U.S. Secretary of the Treasury, and George Washington's right-hand man.

After retiring from government, he purchased a 32-acre parcel of land in present-day Harlem and built a federal style home.  Named "The Grange" after his grandfather's Scottish holdings, it was to be the only home he owned.  Two years following its purchase he was killed in a duel.  His beloved "Grange" was added to the National Register of Historic Places in 1966.

In 2008 work began to move the Grange to its current location in St. Nicholas Park.  It took 6 hours to move the house to the new location.  It reopened to the public in September 2011.

We're a small workshop of 15 crew members in Wooster, Ohio who love our jobs of crafting replicas that hold deep meaning for you!

Look for Casper, our black cat mascot curled up on the railing, being a furry good kittie! He is the sign of an authentic Cat's Meow.