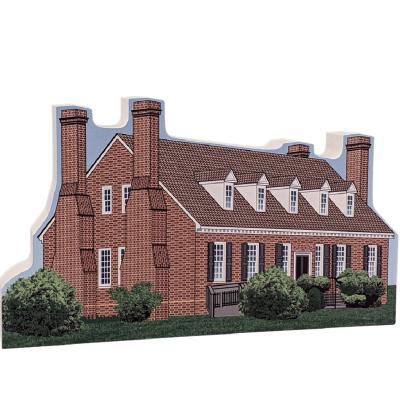 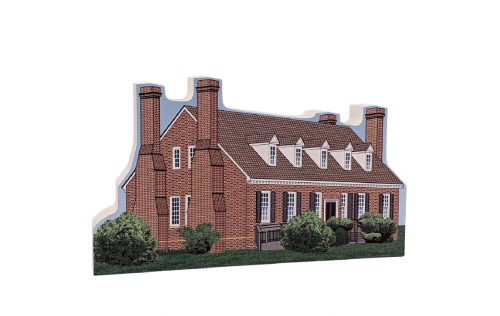 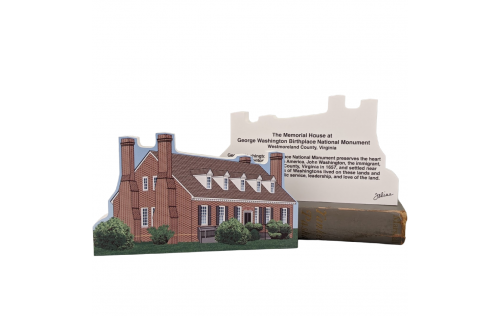 George Washington Birthplace National Monument preserves the heart of the Washington's lands in America.  John Washington, the immigrant, arrived in Westmoreland County, Virginia in 1657, and settled near Bridges Creek.  Generations of Washingtons lived on these lands and established a legacy of public service, leadership, and love of the land.

The first United States President George Washington was born in this house on February 22, 1732. He lived there until age three, returning later to live there as a teenager.

Before the 20th century, the original house was lost, but the foundation outlines of Washington's house are marked. The public park was established in 1930 and in 1931 a memorial house was built in historicist style to mark the site and to represent an 18th-century tobacco plantation. The historic park opened in 1932, during the Great Depression.

Look for Casper, our black cat mascot, tucked under the bushes taking an afternoon catnap! He's the sign of an authentic Cat's Meow...and did you know we offer "tons" of famous and not-so-famous replicas across the US and world. Check out the rest of our product listing.

Handcrafted by our small workshop crew in Wooster, Ohio, this replica is made from 3/4" thick wood with colorful details on the front and a little description on the back