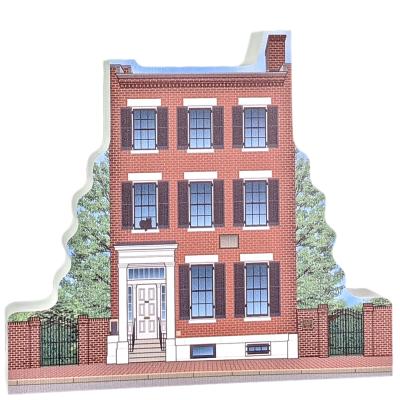 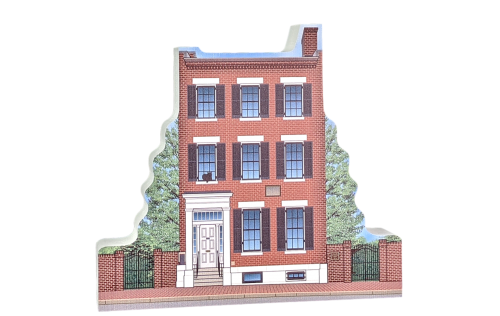 The Field House Museum, in St. Louis, Missouri, was the home of Roswell M. Field, the lawyer who represented Dred Scott, and developed the legal strategy that placed the enslaved man's lawsuit before the U. S. Supreme Court in the controversial 1857 case of Scott v. Sandford.

It was also the boyhood home of his son, Eugene Field, a famous 19th century writer and journalist.  Eugene was know as The Poet of Childhood and authored well-known poems such as Wynken, Blynken & Nod, The Sugar Plum Tree and The Gingham Dog & the Calico Cat.

The museum now houses and maintains a large collection of the 19th and 20th century toys, inspired by the poet's own collection.

Look closely, and you'll find Casper, our black cat mascot, purrching on the windowsill , waiting for little "kitties" to come and discover toys of the past!

This keepsake is hand-crafted from ¾” thick wood with a detailed front design and a description on the back. You can set it neatly on a shelf, desk or narrow ledge such as window, door trim, or wainscoting. Group it with other Cat’s Meows to create your own little Village!

Sign up for our Mewsletter and move into the best neighborhood in our Village. You'll get your paws on monthly purrivileges including "insider" news and savings. We respect your email privacy.