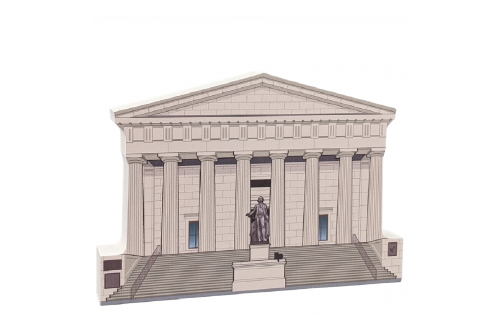 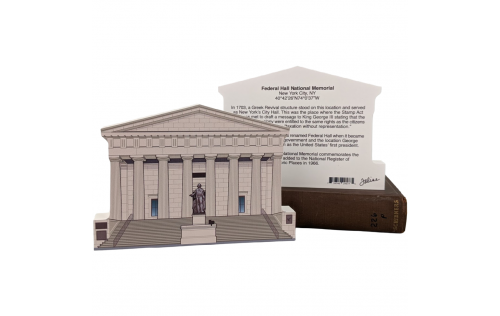 Federal Hall is the name given to the first of two historic buildings located at 26 Wall Street in the Financial District of Manhattan, New York City. The original, a Federal-style structure completed in 1703, served as New York's first City Hall. It was the site where the colonial Stamp Act Congress met to draft its message to King George III claiming entitlement to the same rights as the residents of Britain and protesting "taxation without representation".

After the American Revolution, in 1785, the building served as a meeting place for the Congress of the Confederation, the nation's first central government under the Articles of Confederation. With the establishment of the United States federal government in 1789, it was renamed Federal Hall, as it hosted the 1st Congress and was the place where George Washington was sworn in as the nation’s first president. It was demolished in 1812.

Today it is operated by the National Park Service as a national memorial and designated the Federal Hall National Memorial in 1966 to commemorate the historic events that occurred at the previous structure.

Casper, our black cat mascot, is purrching at the base of the bronze statue of George Washington reflecting on the hiss-tory of this building. He is the sign of an authentic Cat's Meow!

This ¾" thick wooden replica is handcrafted in the U.S. to reflect its historical features. It can set neatly on a shelf, wainscoting, or window/door trim to remind you of a special place you've visited or dream of visiting someday.  A short description is written on the back.