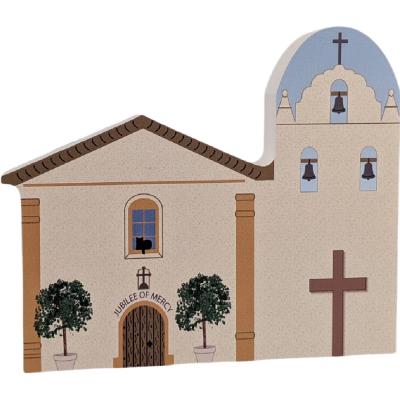 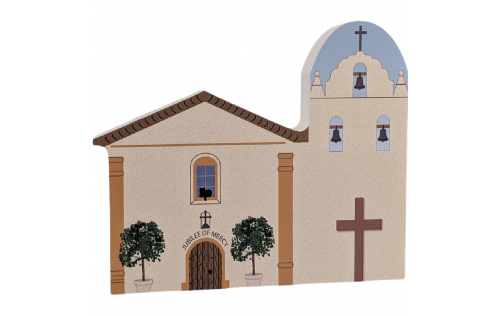 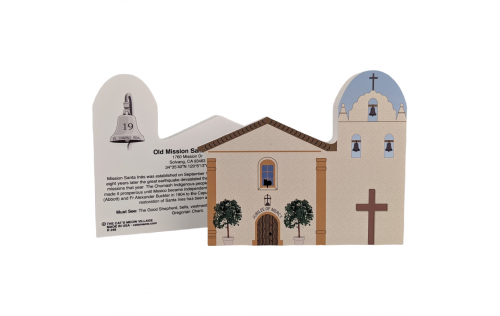 Number 19 on the El Camino Real, Mission Santa Inés has overcome natural disasters, political turmoil, and financial hardships to emerge as one of the most successful of the Alta California Missions. The Mission endured a rebellion, social upheaval, neglect, and decay only to rise again through restoration and repair as one of the hidden gems of the California Mission chain.

After Mexican Independence from Spain in 1821, secularization caused the departure of the Spanish Missionaries, most of the Chumash neophytes, and the decline of the Mission. During this period the first college seminary was temporarily established at Mission Santa Inés in 1844.

Today the parish continues to restore and preserve the "Mission of the Passes" to serve the community.

Look for our black cat, Casper, purrched in the upstairs window. He's our official mascot, which means you'll possess an authentic Cat's Meow.

We're a small workshop in Wooster, Ohio who love our jobs of crafting replicas that hold deep meaning for you! Satisfy your Missions decorating itch with this keepsake, and while you're at it, add more pieces to make a Village!