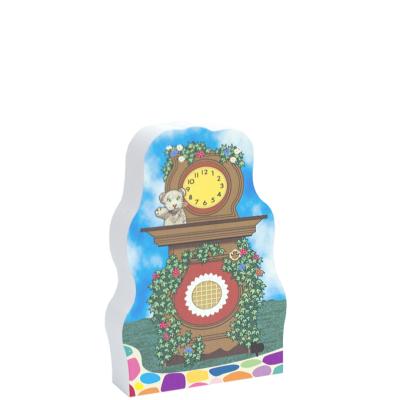 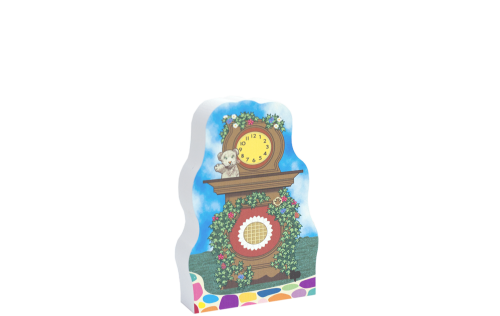 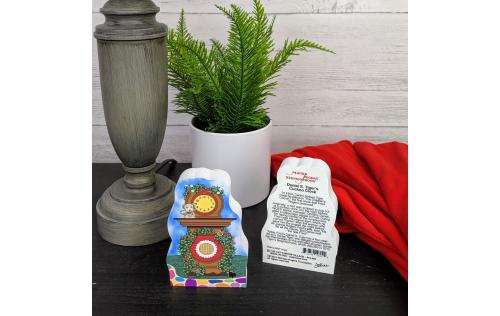 If you have memories of Mister Rogers and Daniel S. Tiger, then our 3/4" thick wooden replica will sit perfectly on your desk, shelf, windowsill or mantle to remind you (and your children) of the shows and teaching of Mister Rogers.

This is the story we printed on the back of Daniel S. Tiger:

In 1954, Daniel Striped Tiger made his debut on “The Children’s Corner,” the first show that Fred Rogers produced.

Originally, a bird was scripted to pop out of a cuckoo clock, but the night before, WQED station manager, Dorothy Daniel, gifted a striped tiger puppet to Fred.

During the taping instead of the scripted bird, Fred used the striped tiger, which he named “Daniel” after the woman who gave him the puppet the night before.

As Joanne Rogers, Fred’s wife, said, “He did all the voices. But Daniel was the real Fred.” Today, Fred’s Daniel S. Tiger has a four-year-old son, Daniel Tiger, who delights preschoolers and their families on the animated program Daniel Tiger’s Neighborhood, which debuted in 2012.

We handcraft this in our Wooster, Ohio workshop just 130 miles west of Pittsburgh where Mister Rogers' Neighborhood lived at WQED from 1968 through 2001.

We add our black cat mascot, Casper, to every design we create. Look closely and you'll find Casper snuggled in at the foot of Daniels clock.