Sandy Lea recently made contact with Cat's Meow founder, Faline Jones, through Facebook messaging. She bought her first Cat’s Meow back in the 90’s, but then lost track of the Village as stores started closing.

"The beginning of last year I found Cat’s Meow Village on Facebook," said Sandy, "and started my interest in collecting again." She messaged Faline looking for Cat's Meow replicas of lighthouses along the west coast of Michigan. Faline responded with disappointing news, no replicas of those lighthouses were available.

The conversation progressed, and Sandy mentioned she has photos that Faline could use to design from. "I love designing Cat's Meows from photos taken by Village Citizens," says Faline. "I feel like it makes our Village much more of a community." 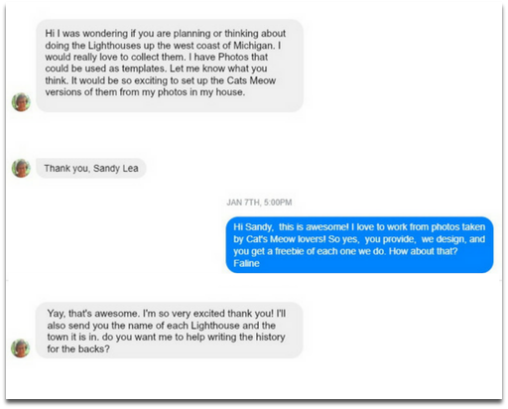 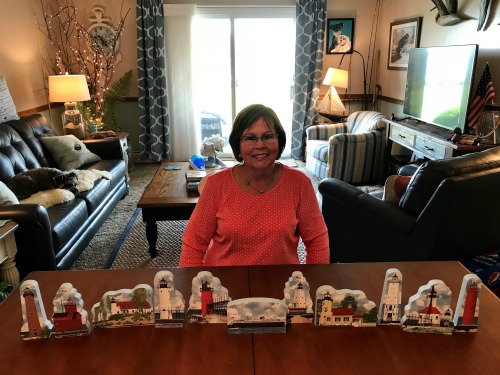 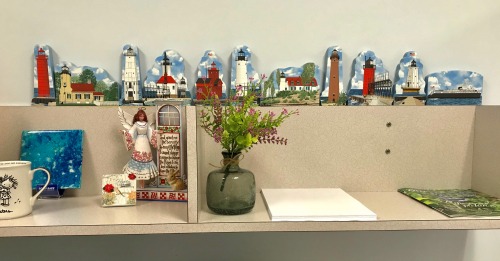 Even though Sandy lives in Ohio, she says, "my first trip to Michigan was in the late 1970’s. Through the years I’ve gone to multiple cities and towns in Michigan. For the last 17 years, my husband Kirk and I have gone to Ludington in the summer to visit family."

"In the summer of 2014, Kirk and I bought a condo on Lake Michigan", continues Sandy. "That’s when my obsession with lighthouses began." Over the past few years as they (with faithful dogs, Phoebe and Heidi) have driven to their "summer home" they've begun stopping in the different towns up the west coast to take photos of the lighthouses. "I still have some more I need to photograph," said Sandy.

So, maybe there will be additions to this collection?? In the meantime, enjoy looking through Sandy's photos and the replicas Faline and Design Architect, Heather, created from the photos. 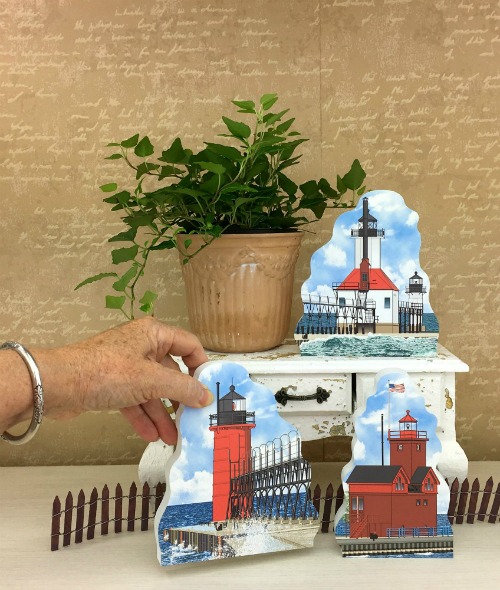 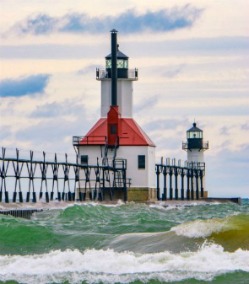 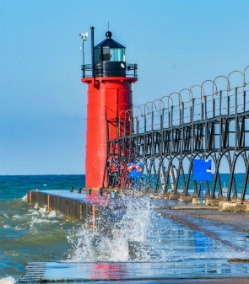 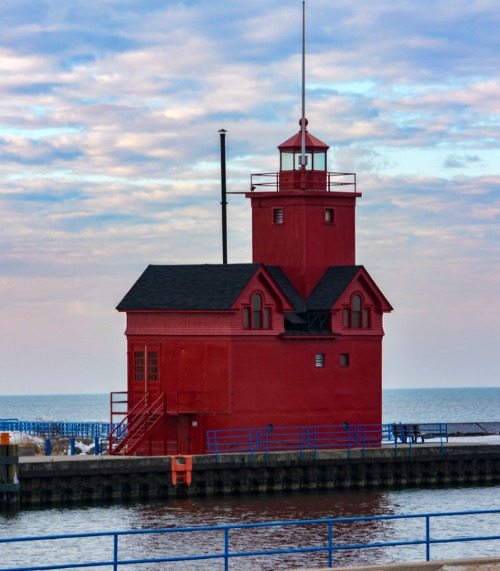 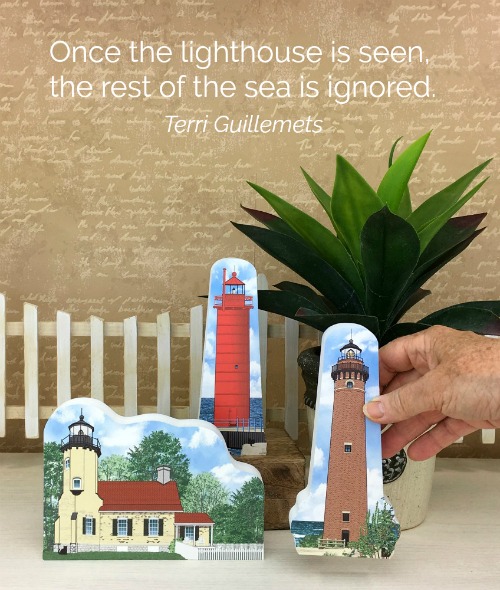 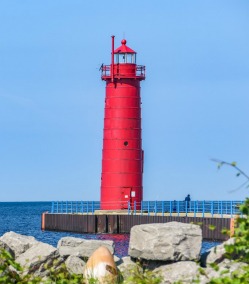 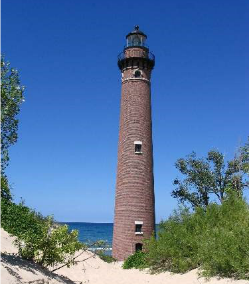 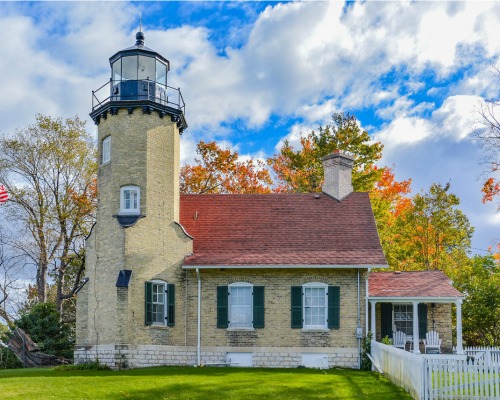 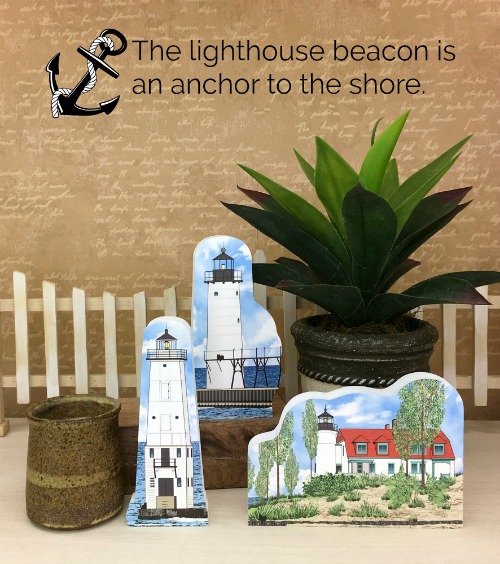 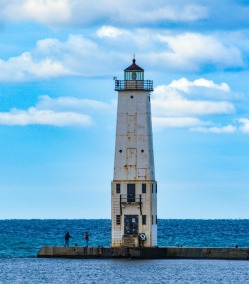 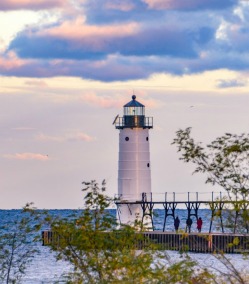 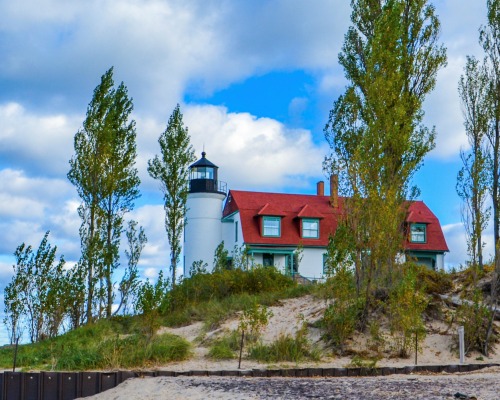