A SYMPHONY OF NATIVITIES'

WOOSTER -- Christmas came early to The Cat's Meow Village/F.J. Designs in Wooster. As a matter of fact, one might even say it washed over the establishment in a tidal wave of crechemania.

Which is what, exactly?

It could probably be described as an overwhelming sense of lust for creches, or nativity scenes; Jesus Mary and Joseph at the manger in any and every sort of depiction imaginable, from wine corks and origami to the holy family depicted as turtles or whatever other style the imagination can conjure.

F.J. Designs became one of the region's epicenters for "A Symphony of Nativities," a major international gathering of creche collectors held at the Embassy Suites in Beachwood outside of Cleveland.

In the early afternoon a private coach crowded with a cadre of 56 creche-crazed collectors from the convention cruised into the F.J. Designs parking lot, the occupants fairly exploding out of the vehicle and cramming into the store for a 30-minute shopping spree.

The focus of the collective adoration was a new creche designed by owner Faline Jones.

According to Brent Rice, vice president of revenue development, the new three-piece creche is the first such scene made by the company since one-piece manger scenes done in 2010 and 2011.

Rice called the trio of screened pieces a "surprise release" for the holidays for F.J.'s retail network. 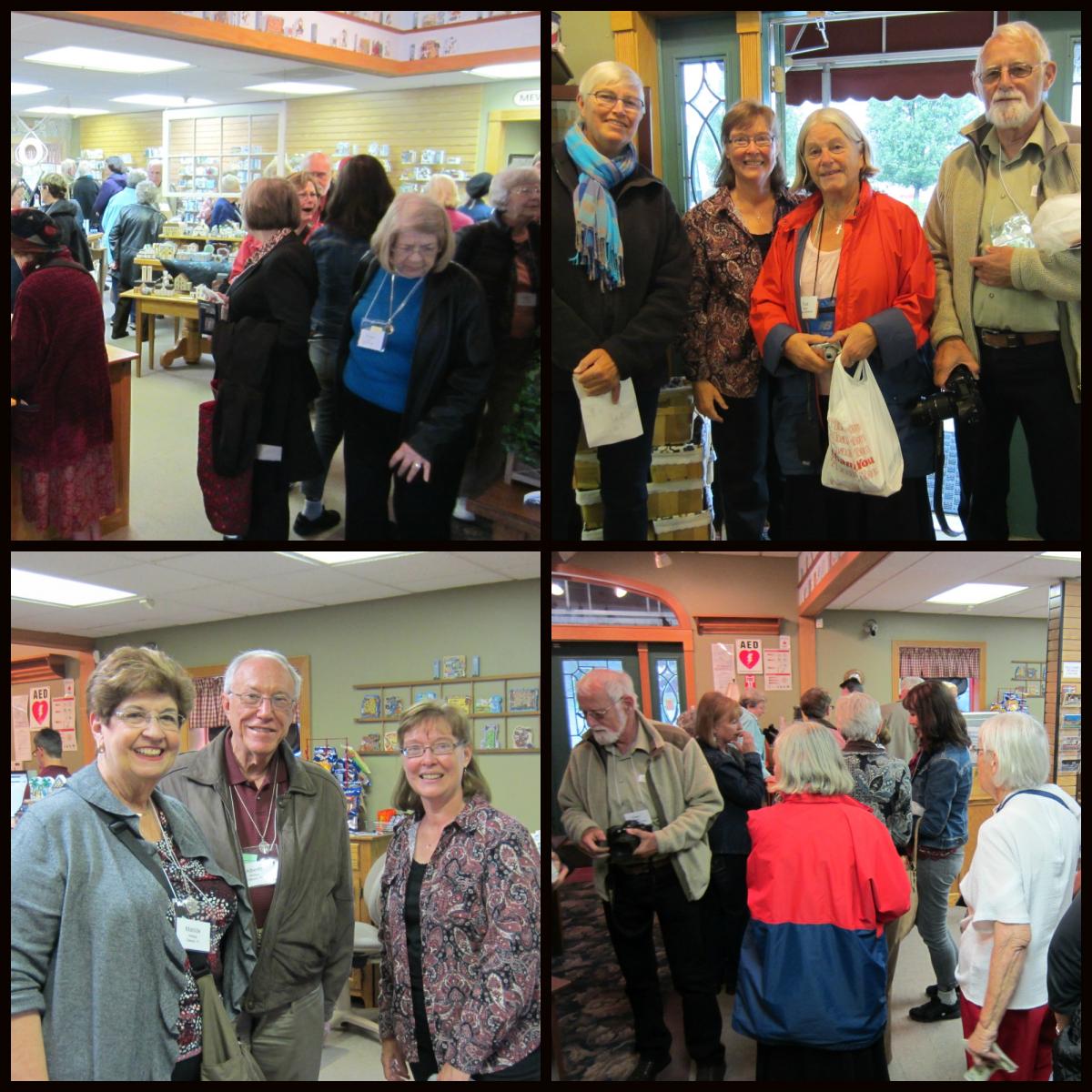 Jones said the nativity set is distinctive because each piece incorporates a different Amish quilt design that is common to the Wayne and Holmes area. The quilt patterns colorfully portrayed are the "moonlight star," "Star of Bethlehem" and the "king's crown." Each piece also incorporates the company's trademark Casper, the cat.

According to Jones, the set had been "on the drawing board since spring," with the visit by the creche-collecting group being the inspiration for its completion. The Oct. 24 event marked the first sales of the piece.

Mike Amstutz of Wooster, who was leading the local tour, said those attending the convention in Beachwood represented 34 states, as well as Mexico, Canada and the Netherlands.

Amstutz said the group had visited the Kidron-Sonnenberg Heritage Center, Lehman's, P. Graham Dunn and World Crafts in Kidron, where visitors vacuumed up the store's entire stock of 70 nativity scenes from a number of countries in minutes.

After the visit to F.J. Designs, the tour moved to the East Union Township home of Arlene Amstutz, a major collector of creches, before returning to Cleveland.

Mike Whalen of Clinton Township, Mich., president of the club that was founded in 1999, said the international organization boasts more than 600 members, with 46 states represented in addition to numerous foreign countries. The organization is headquartered in Bethlehem, Pa.

Among the shoppers carrying arm-loads of FJ Design products were Sydne Yanko-Jongbloed of San Pedro, Calif. She said she was buying the three-piece nativity set with the quilting motifs because she teaches quilting.

Also doing some heavy-duty shopping were Peter and Ida Diemer of Vechendaal near Utrecht in the Netherlands. The Diemers, who have 1,500 creches in their collection, said they attended the nativities convention two years ago in Toronto, Canada, and enjoyed it so much they wanted to participate in this year's edition.

"Everything is good," said Ida. "It is very good organization and a very interesting area to visit."

Peter Diemer said the couple began nativity collecting in 1990 during a visit to Nigeria.

Subjects:
In the News
Tails from the Factory
Share This To: