Casper is always up for running for US President... 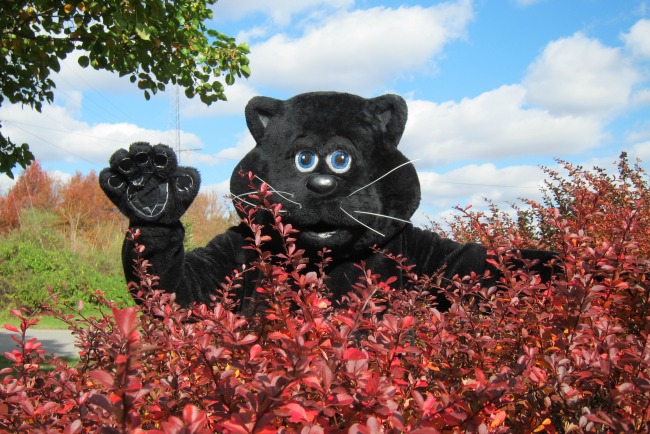 Casper runs under the CAT ticket (Cats Are Terrific)

The following are his NINE Campaign Promises, along with some photo opps along the trail.

Remember to VOTE on election day! Every vote counts! 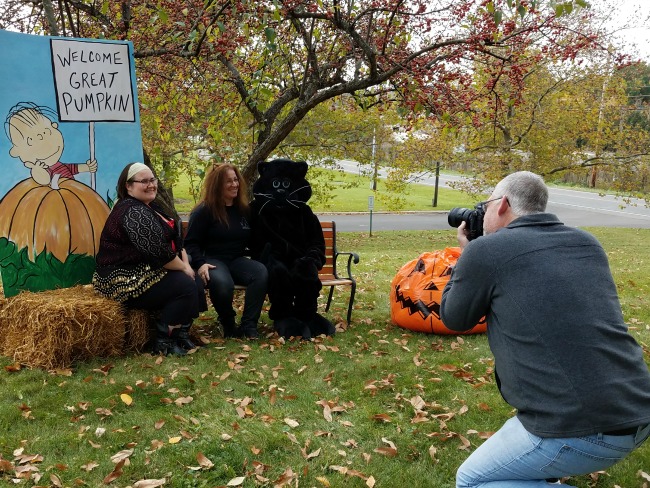 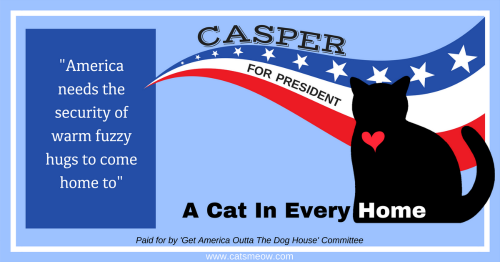 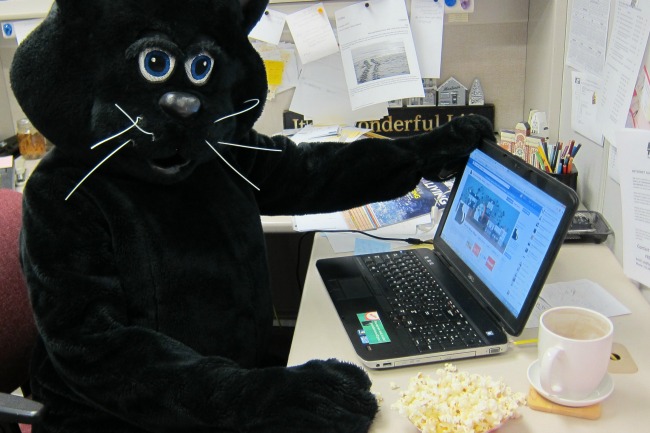 Behind the scenes at Campaign Headquarters. 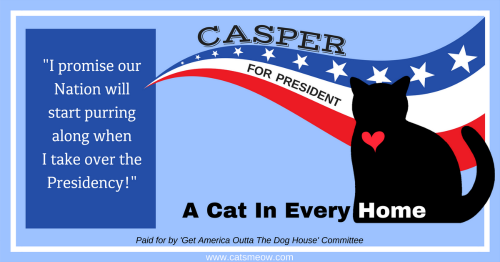 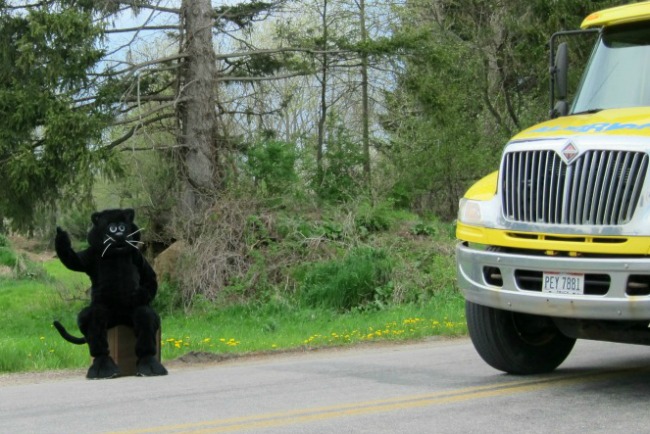 The trail is a little long and lonely at times. 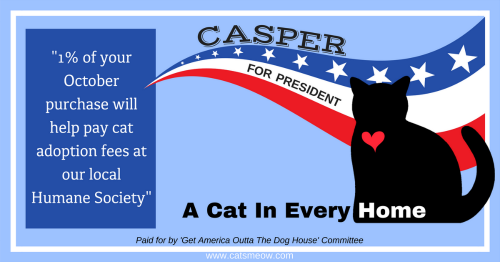 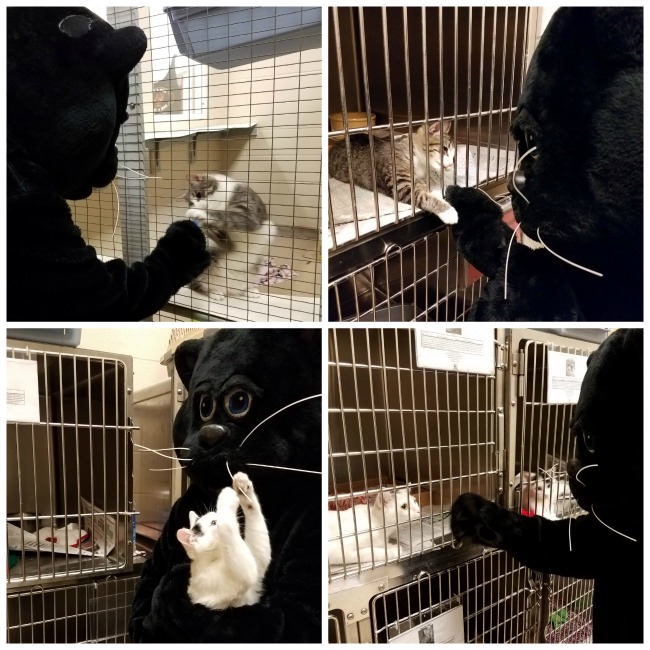 Casper on the trail shaking some paws with area constituents at our local Wayne Country Humane Society. 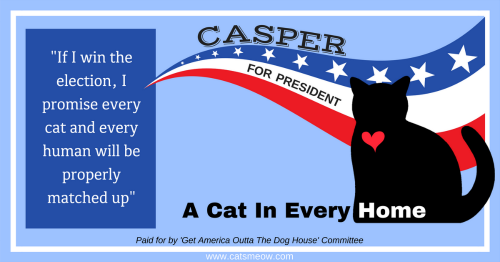 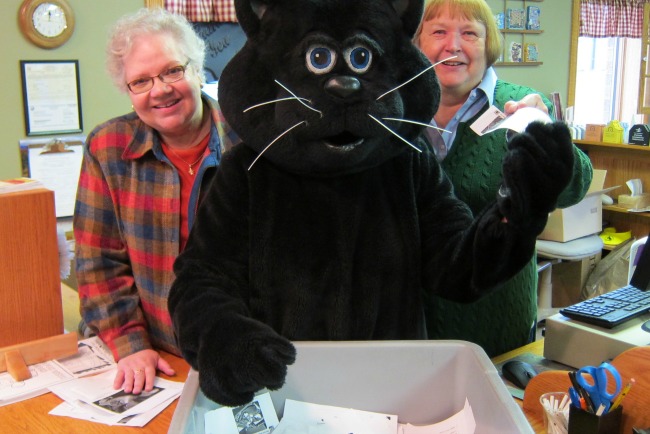 There is always lots of work to be done at Campaign Headquarters! 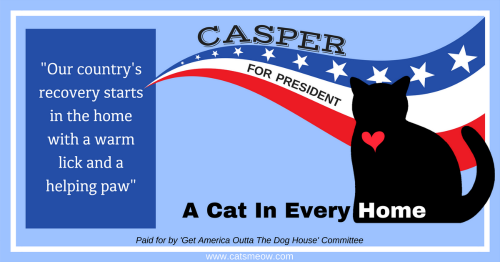 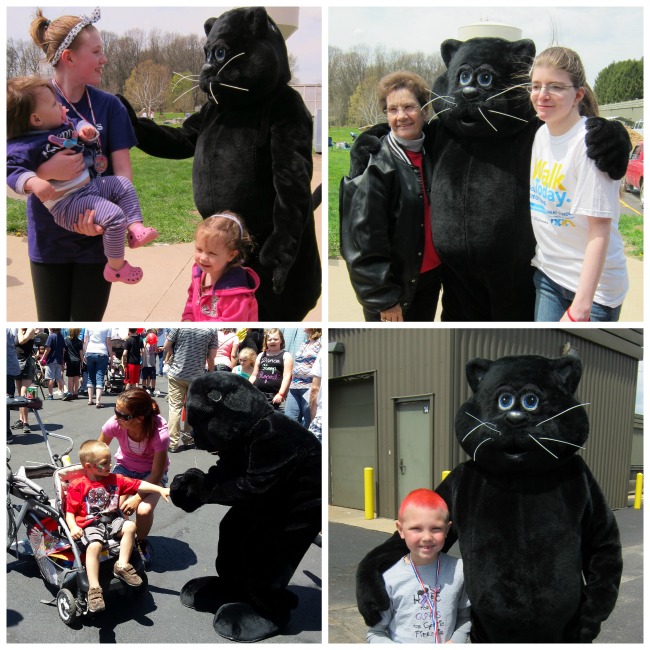 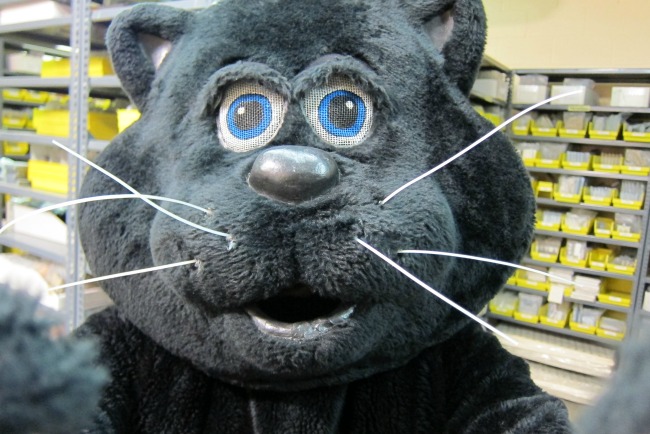 Whaaaaaa...don't tell me you haven't taken a selfie before! 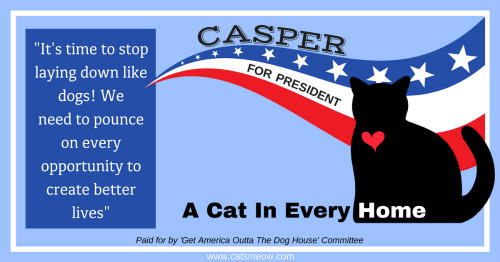 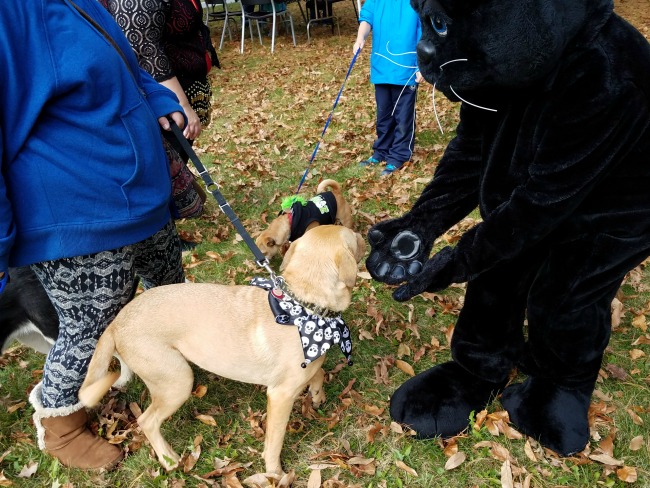 No debate here! Casper has nothing to hide, even from the competition. 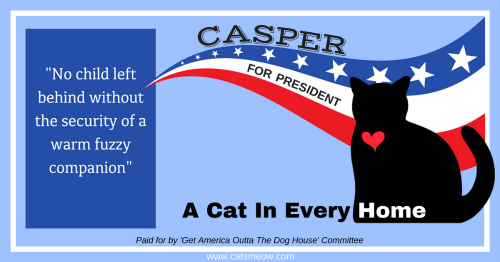 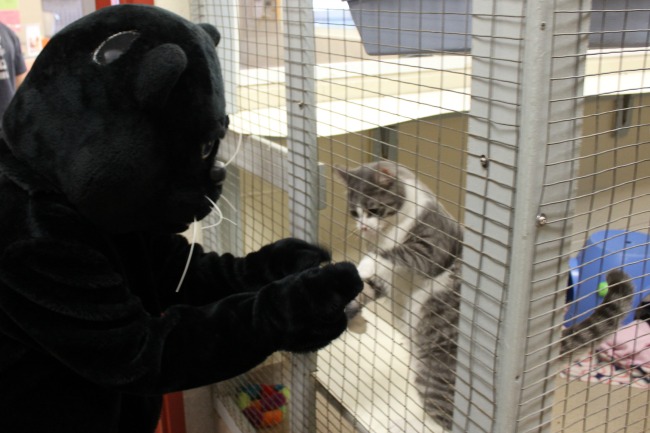 Casper makes a paw-promise to spring Charlotte as soon as he is President. 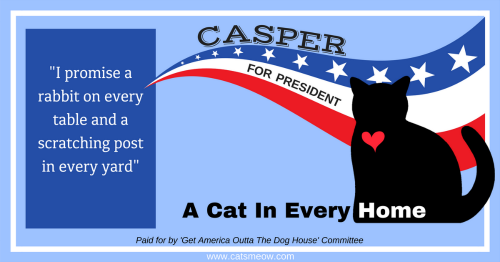 America needs a change, Casper believes he can make that happen!

Paid for by "Get America Outta The Dog House" Committee

Funding provided by our Campaign Supporters...Hey you can be a supporter, too...When you shop at Cat's Meow!